Why the Government should stop telling you to use Chlorine to Disinfect your Water Tanks! 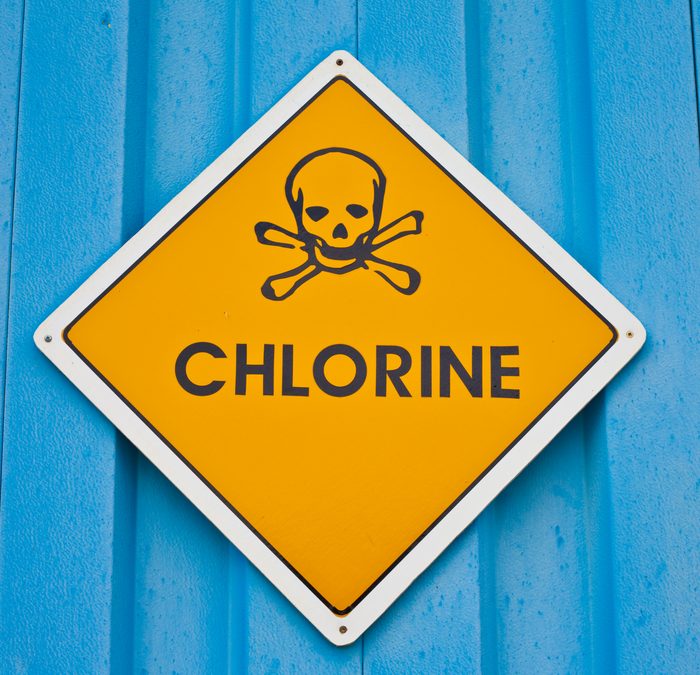 Since the early 1900’s, Chlorine has been used to sanitise public water supplies. The introduction of the chemical greatly reduced the number of deaths caused by waterborne diseases, such as typhoid, cholera and dysentery.

For public water supply on a grand scale, chlorine might be the only solution that is effective both in cost and results. However, for those living on their own water storage/supply, the promotion of using chlorine to disinfect and sanitise their water is an archaic and misinformed approach. 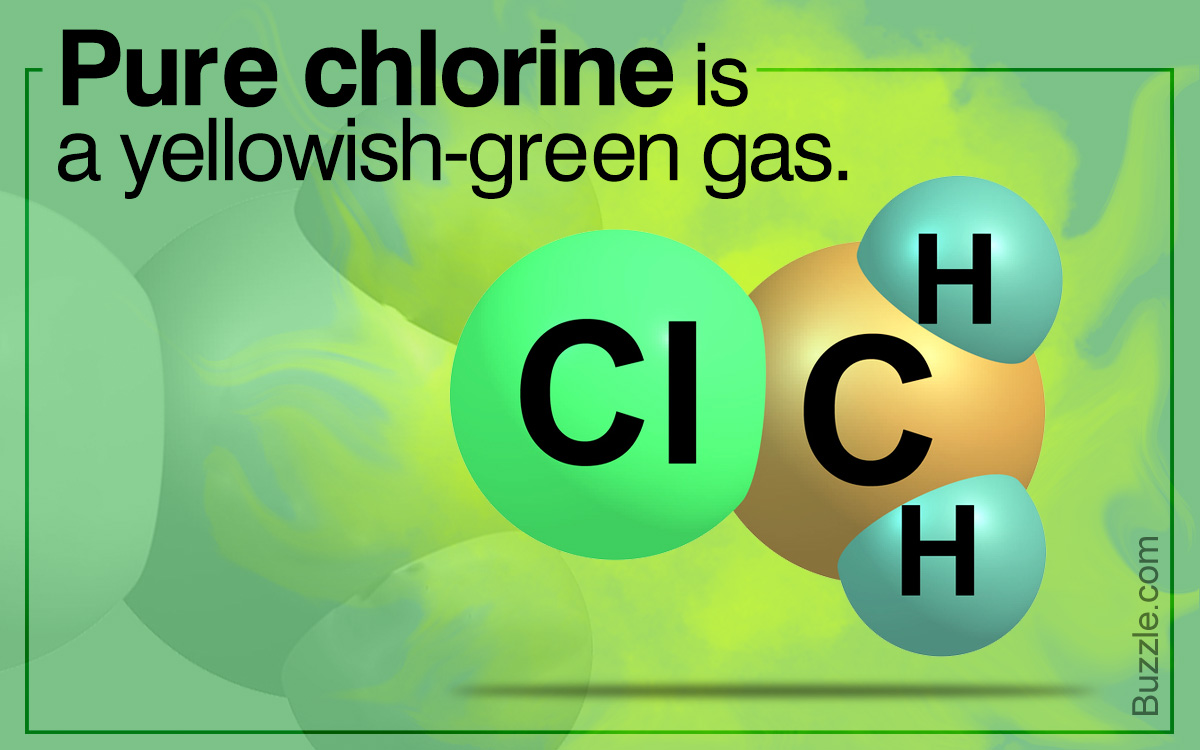 Chlorine is actually a natural chemical element and is a basic building block of our planet. It was first discovered in 1774, but it wasn’t until the early 1800’s that it was recognised as its own element and named.

The name Chlorine comes from the Greek word khloros, which translates to greenish-yellow (the colour of the chlorine gas). It was first used as a disinfectant in the mid 1800’s and has since been the most potent weapon against life-threatening infections, viruses and bacteria.

Chlorine is a powerful disinfectant, destroying the outer wall of the bacteria and breaking the chemical bond in its’ molecules. Rendering it harmless.

What many people don’t realise is that Chlorine is used in many common every day products. Other than in swimming pools and drinking water, it is used to

Although chlorine in the mass water supply systems and in the everyday manufacturing and consumption processes is common and not really considered, using chlorine to disinfect home water storage systems is a practice that should be replaced.

How is chlorine harmful in personal water storage systems?

Compared to normal water supply systems that provide water to cities, most personal water storage tanks are not filtered before the water is collected. Even with gutter guards and strainers filtering the larger debris, dirt/soil and organic material breaking down, will see your water tanks building up a level of ‘sludge’ inside.

Since Chlorine has been so successful in providing bacteria free drinking water to the masses, governing bodies promote the use of this chemical as a safe practice to destroy bacteria in smaller home water storage tanks as well. But this is the wrong approach.

THMs are formed when chlorine reacts with naturally occurring organic material found in water. There are four THMs found as a result of chlorination:

You may have heard of the first THM – Chloroform. It was once used as an anaesthetic during surgery, and commonly seen in movies when the “bad guy” pours chloroform on a rag and knocks their victim out.

THM levels tend to increase with pH, temperature, time and the level of organic material present. Basically, a water storage tank is the perfect environment for high levels of THMs, especially if you have organic material in the tank and you are adding chlorine to kill bacteria! 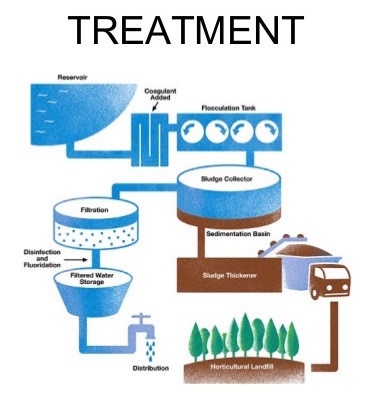 Normal water supply systems governed by councils and water authorities, who use massive filtration systems and chlorine to disinfect the water, ensure the end users are provided with a water source free of bacteria and sediment.

The trade-off is that adding chlorine to the water supply can leave a nasty taste, and inevitably is being consumed as drinking water or through our everyday household usage such as washing dishes, showering and brushing teeth.

Some town water supplies have a heavy taste of chlorine. This might be due to the close location of the user to the water source, or because the quality of water at its source is quite poor. This is where having a house filtration system can help improve the quality of your household water.

For large scale water supply systems, there is a clear need to ensure consumers have a bacteria free water supply, which has been proven with the massive reduction in deaths caused by waterborne diseases over the last 100 years. But adding Chlorine to home water storage systems is a recipe for disaster!

Why you should be worried about THMs and Chlorine

THMs can be absorbed into the body, through inhalation (gases), ingestion (water) and through the skin.

Chloroform studies have shown effects on central nervous systems, cardiac arrhythmias and abnormalities of the liver and kidneys. Some studies suggest increases of incidences of rectal, colon and bladder cancer. But these are inconsistent and possibly associated with other carcinogens that were found in the water supplies as well.

Birth defects and developmental issues have been associated with THMs, which strengthens the case for avoiding the creation of these issues in the first place.

Breathing high levels of Chlorine causes fluid build-up in the lungs. A condition known as pulmonary edema. When chlorine enters the body, it reacts with water to produce acids. These acids are corrosive and damage cells in the body on contact. The most common symptoms include: Airway irritation; wheezing; difficulty breathing; sore throat; cough; chest tightness; eye irritation; and skin irritation.

A natural solution for cleaning and sterilising your water storage tanks

What councils and governments need to understand is that while Chlorine is a solution for the mass supply of water through filtered systems, it is not suitable for the personal water storage systems used by millions of people around the country.

There are better, and more efficient methods to ensure you have healthy, bacteria free, drinking water. This includes:

Pristine Water Systems has developed our Quadclean™ process for cleaning and sterilising water storage tanks around this process. To achieve this, we use a Water Sanitiser which eliminates microorganisms.

Our AqueousPro™ product contains a uniquely stabilised Hydrogen peroxide-silver complex that has a synergistic and greater microbiocidal capability than standard H2O2. It breaks down to oxygen and water and has attributes of being stable for long periods and at high temperatures. It neutralises pH when diluted whilst still being active in a wide range of pH levels, and is non-toxic, non-allergenic and non-carcinogenic.

AqueousPro™50 is a product that is not available for retail purchase. Pristine Water Systems uses AqueousPro™ in our Quadclean™ process for cleaning and sanitising rainwater tanks and is the authorised dealer for the product.

However, Pristine Water Systems does provide a diluted version of AqueousPro™ to the public. AqueousPro™ 7.8 is available to help you maintain your water storage tanks between major cleans. It is also effective for sterilising caravan, motorhome and smaller storage systems.

In our modern society, there is evidence that there is a better alternative for killing bacteria in our water storage systems than the use of Chlorine. Unfortunately, governments and water authorities are failing the broader community by not conducting the necessary studies to highlight the problems of using Chlorine in small water storage facilities, and the subsequent result of THMs forming.

If you rely on water storage tanks for your precious water supply, we implore you to stop using Chlorine and seek a better, safer alternative to ensure you have healthy drinking water.

Contact Pristine Water Systems today if you have any questions about your water tank systems.

Without reservation we recommend the team at Pristine Water Systems to deal with cleaning water tanks and the supply of water filtration systems. We had a high content of tannin in our water which was swiftly removed by them. I now have less housework to do!!!

It was such a pleasure dealing with Pristine Water Systems.

Before the treatment I was continually cleaning the hand basins, bath and toilets because of the residue left behind and having a bath in the water was not pleasant. Now, it’s a delight. We also purchased the double water filter system and have been very happy with that as well.

Very professional and prompt service, highly recommend. Always a pleasure to deal with.

They helped me fix my pump over the phone, great service!

Thanks Shaun for replacing our leaking filtered water tap so quickly. Very professional and an affordable service.

Steve (PWS Noosa/Cooroy) has been so helpful and is excellent to deal with. We highly recommend.

We are very happy with Steve and Pristine Water Systems (Noosa/Cooroy). He/they have provided us with excellent service, always on time, and have always given us a very competitive price for cleaning/vacuuming our water tank - and did a sterling job of cleaning. We would highly recommend Steve and PWS.

Efficient and professional service. To be recommended.

Friendly and efficient. First class service to keep the water in our tanks clean and safe to drink. The tanks were cleaned as well as the usual filter and UV system maintenance during last visit. All done to our complete satisfaction- many thanks Steve (PWS Noosa/Cooroy). Highly recommended

Excellent service. On time and done as requested.

I have had Steve (PWS Noosa/Cooroy) look after my water filters for several years. He is very knowledgeable in all issues water and I would thoroughly recommend him. He is always prompt and messages to remind me of appointments,

Very happy with the service and price to vacuum clean both our water tanks.

Peter responded very quickly to our request for water test and called on site next day to take a sample and within 24 hours he had results emailed to us. We can thoroughly recommend him. David

I doubt the rainwater tanks at my new house have ever been cleaned out and although the water looked clear coming out of the tap, I suspected it was affecting my health. Steve (PWS Noosa/Cooroy) came out, did some water quality checks and cleaned the tanks out. After cutting back some trees overhanging the roof and installing gutter guard I got Steve to supply a water filtration and UV treatment system. The job was done same day and I am very happy with the advice I received, quality of the product and most importantly the quality of the water coming out of my taps!

Allen from PristineWaterSystems did a fantastic job. He was very time efficient and thorough. I can certainly recommend him to clean your tanks, treat your water and keep your filters clean. The 3 of us here were taken down with Campylobacter, sadly my Mum at 91 is still in hospital. Thanks Allen !!!!!!!

Chris, Thanks for a great job on cleaning our water tank, expertly done and fixing the overflow problem. Would highly recommend your services to anyone. Graeme

I can highly recommend Brad. I contacted Brad on Monday and he booked my job in for Thursday. Brad arrived promptly at the time he gave. I needed two tanks cleaned. The larger tank is in an awkward position for access, yet Brad accepted the challenge and spent extra time needed to thoroughly clean and sanitise the tank in spite of the awkward access. The smaller tank showed algae, Brad supplied a light guard to deter this problem in the future. Brad is well organised with vehicle and trailer having all necessary equipment for the job. Brad is a very polite, prompt and works very efficiently. His rates are very reasonable as well. Thanks Brad for a job well done.